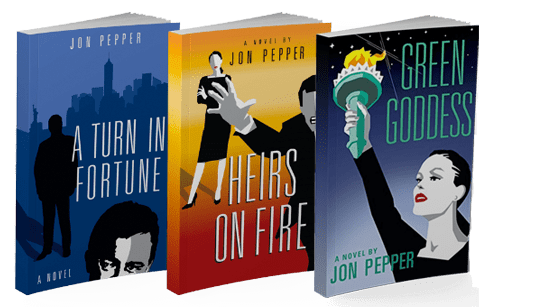 Jon Pepper is a novelist, entrepreneur and consultant based in New York City.

His most recent novel, “Green Goddess,” is the third in his series, Fossil Feuds. All three books center around the founding family behind the century-old Crowe Power Company as they fend off critics and fight to maintain control of the firm.

A native of Michigan, Jon won numerous awards as a national writer and business columnist for The Detroit News. He subsequently became the president of a start-up firm in Ann Arbor, Michigan, and an executive for two Fortune 100 companies before starting his own strategic communications agency, Indelable, in New York.

His first book, “A Turn in Fortune,” was published in 2018. It’s a satirical take on the personal rivalries that erupt atop Crowe Power after its chairman Robbie Crowe learns his CEO is getting all the credit for the firm’s sudden success.

“Heirs on Fire,” a follow-up released in 2020, follows Robbie Crowe as he fights for respect and recognition while dealing with an estranged wife, a manipulative mistress, a takeover threat, and a possible revolt in his storied family. The New York Post called it “a clever corporate satire.” Kirkus Reviews said it was “wickedly funny.”

In “Green Goddess,” the first female leader in the company’s long history struggles to transition the firm from fossil fuels to green energy until she finds a revolutionary way forward inside a Crowe Power research lab.

Jon’s career as a journalist, executive and entrepreneur gave him a front row seat in the corner suites, estates, private jets and first class hotels where the business elite dwell. With an eye for human quirks and vanities, Jon captures the multiple dimensions of life in executive suites with entertaining accuracy.

“I’ve always loved good satires about the business elite and the various pressures that guide decision-making for better and for worse,” Jon says. “The goal of my books is to immerse readers in that world, make them laugh and make them think.”

Jon and his wife Diane, who designed the covers of his books, reside in Manhattan. 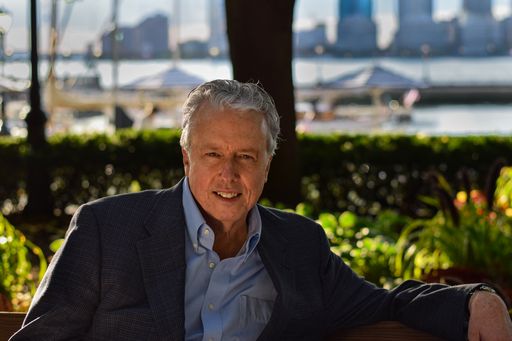 Get in touch with Jon!