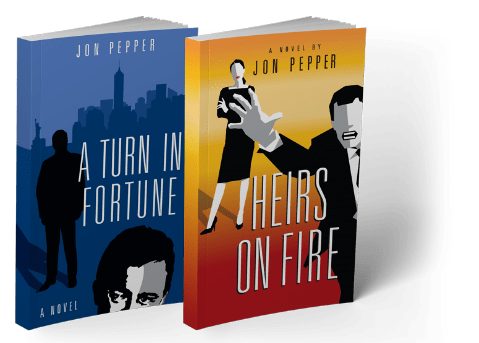 In answering the questions below, discuss why you’ve come to your conclusion.

How would you describe Lindsey’s evolution?

What did you think about Robbie’s treatment of Charles, the flight attendant?

How would you characterize Dr. Kristi Kramer?

What are your impressions of Missy and Chase (the children of Lindsey and Robbie)?

What is the bond between Lindsey and Bits?

How could Lindsey meet Maria after what she had done?

Did Fred deserve to get the boot from Staminum?

Why did Steady allow his family to profit from secret deals regarding new technologies?

Robbie selected Tim as his CEO and then brought in Fred.

Why do wealthy families turn against the source of their wealth?

Get in touch with Jon!